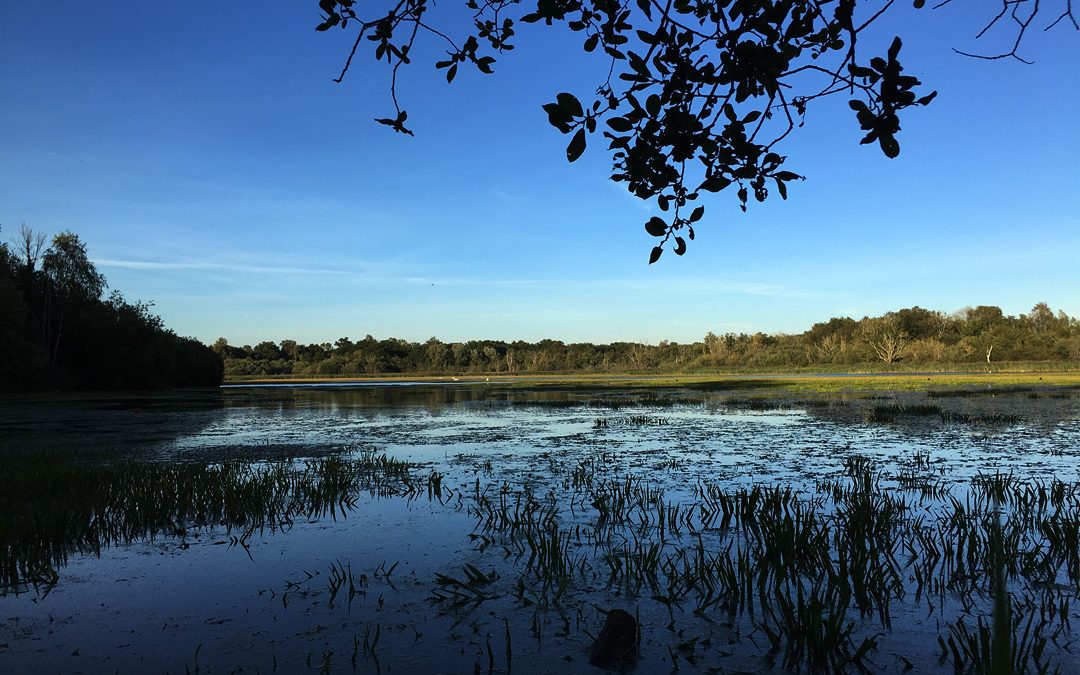 No, this is not a walk dedicated to a 90s cartoon penguin … the Great Eastern Pingo Trail is an easy 8 mile circular walk through a landscape dotted with Pingos.  Pingos are a relic from the last ice age, lumps of ice remained as the glaciers retreated which became small hills as they and the land around them became covered with soil.  When the ice eventually melted depression were left in the land which filled with water.

I like to walk two or three times a week, usually it’s a circular walk from home and back. I’ve got to know the roads around Deopham, Attleborough and Wymondham very well over the last couple of years.  I walk mainly for the exercise so I don’t mind seeing the same sights.

It’s nice to have a change once in a while – I found this walk in an old walking magazine and realised it was on the doorstep. Looking back at my instructions I was supposed to head off on the northern section first where most of the Pingos are.  So I was confused for a while that the directions didn’t match up with what I was seeing!

The eastern part of the loop is an old railway line so mostly straight easy walking with hedgerows on either side and the odd patch of old woodland. The scenery changes at the southern end of the path.  There’s a very different feel to the pine forest down here. Through the woods and the path briefly joins the Peddars Way running alongside the edge of MOD land.  Made a quick stop to admire Thompson Water. A bit further north on Peddars Way and then back into older woodland where most of the Pingos start to appear.  Not much water to be seen after our summer.  Can’t really complain. The landscape changes again into open grasslands and ploughed fields, nice to be out of the trees for a while. On the home straight now and I had a flyby from the USAF. Then back into the trees for the last mile or so with pingos all around.

Lots of variety on this walk, loved it.  Easy paths, I’d imagine some get a bit muddy in winter, but the payoff would be more water in the pingos.